Perfect, made from scratch cinnamon rolls – soft, fluffy buns with rippled with cinnamon swirls and topped with a sweet vanilla cream cheese icing glaze. They are nothing short of heavenly! 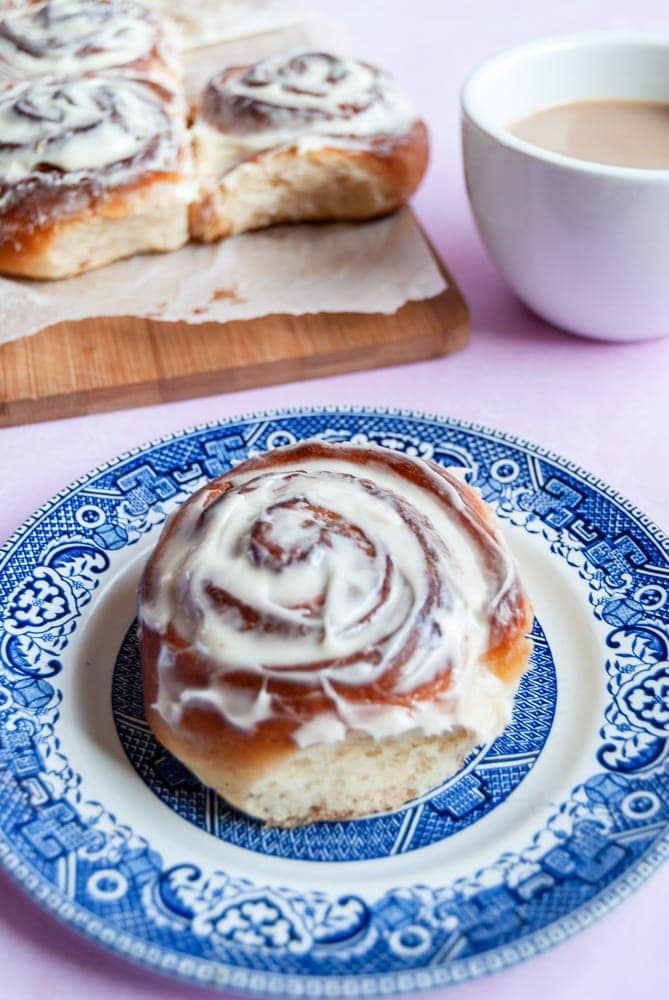 Sadly, I would never get away with eating such decadent treats for breakfast every weekend, so I save them for a special treat or when I know I’ll have a housefull of people to help me eat them.  I have ZERO self control over a batch of fluffy, soft cinnamon scented rolls.  Sigh. 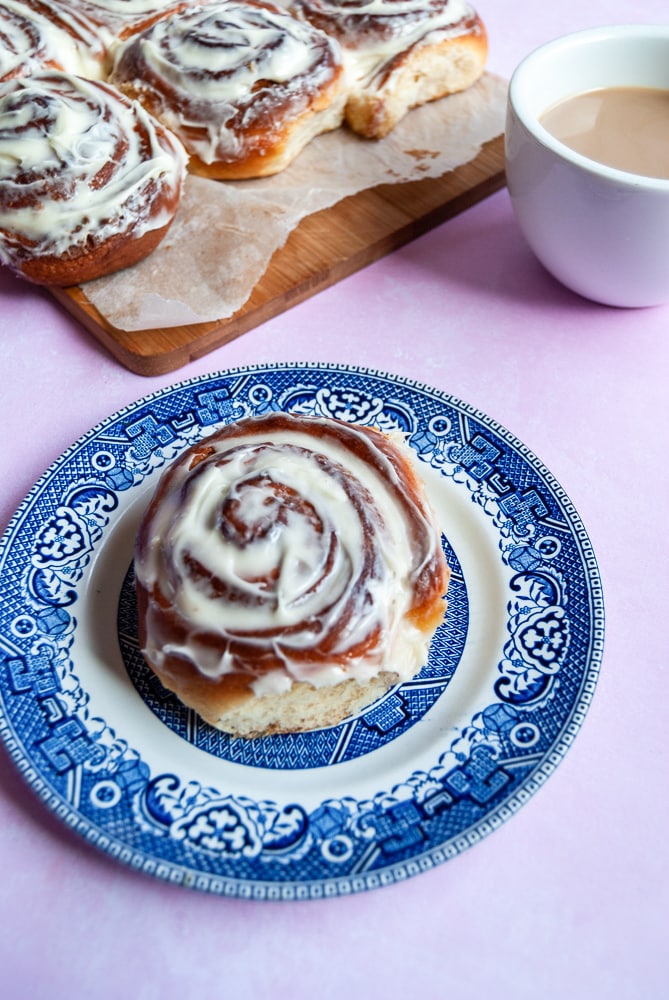 They are soft, fluffy and an absolute dream to eat. I’ve never had an American Cinnabon, but I’m led to believe these are the home made version.  This recipe is also very, very close to the cinnamon rolls you find in Starbucks all over the UK.  Only these are much, much cheaper!

Home made cinnamon rolls do take a few hours to make, but they aren’t difficult and most of the time involves waiting for the dough to rise.  They are a great recipe to make when you’re having a lazy weekend in the house.  Plus your family will love you for it! 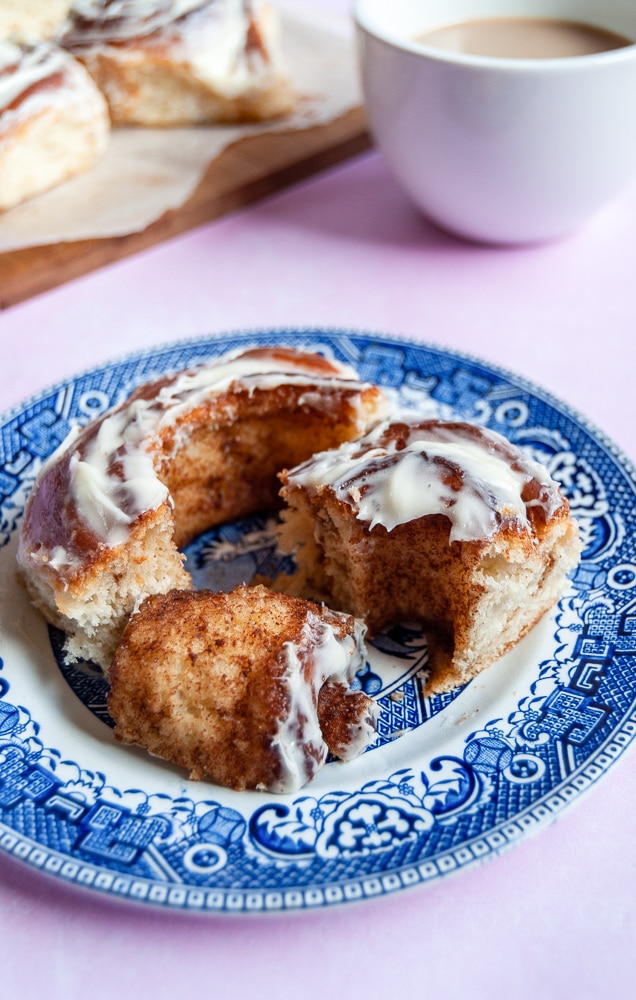 how do you make cinnamon rolls from scratch? 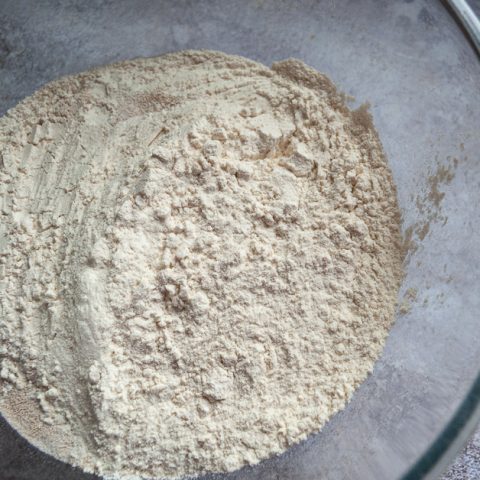 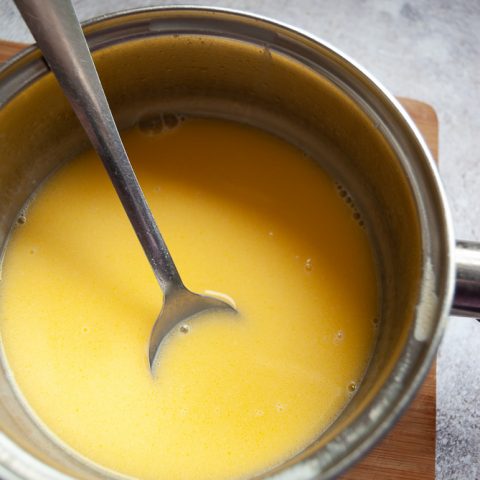 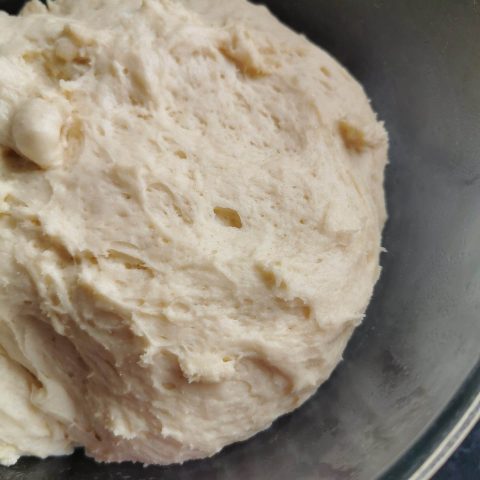 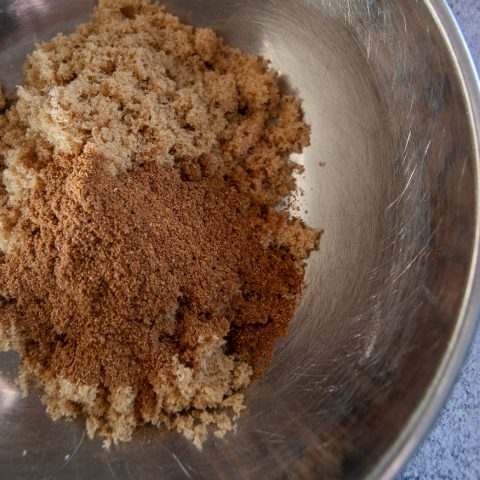 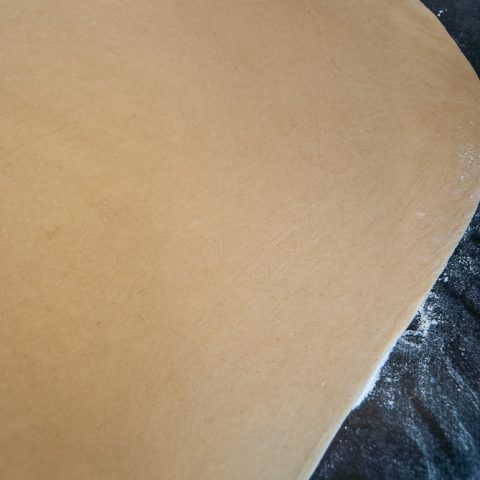 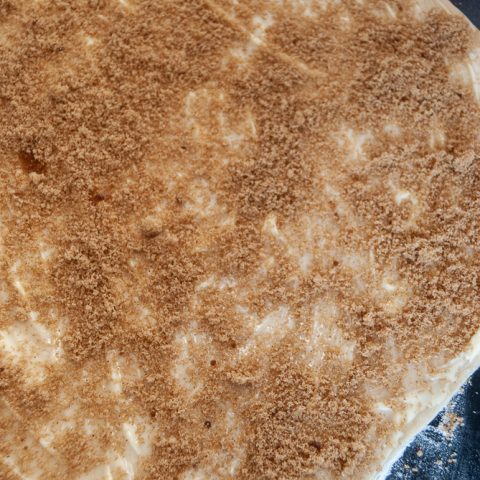 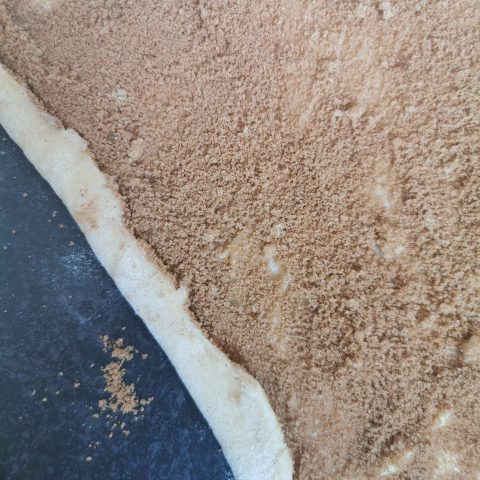 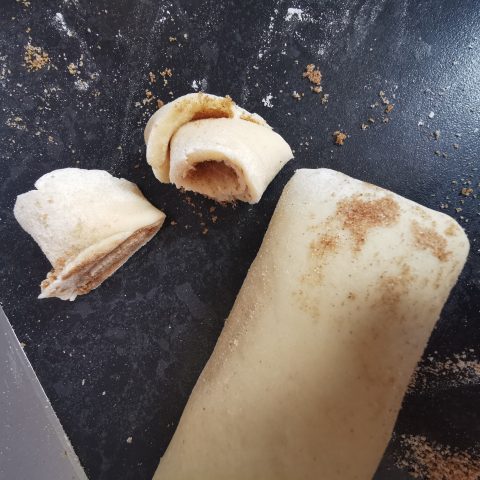 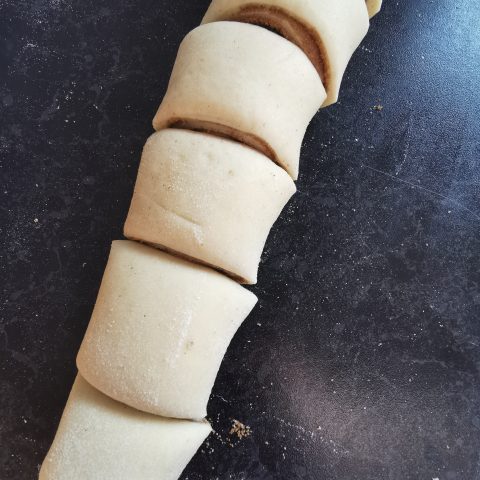 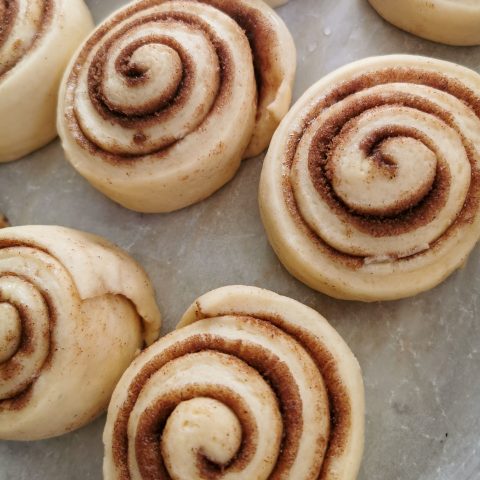 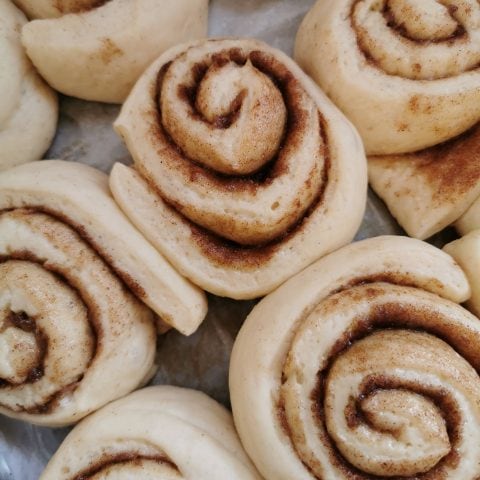 All that’s left do is now is DIG IN AND ENJOY! 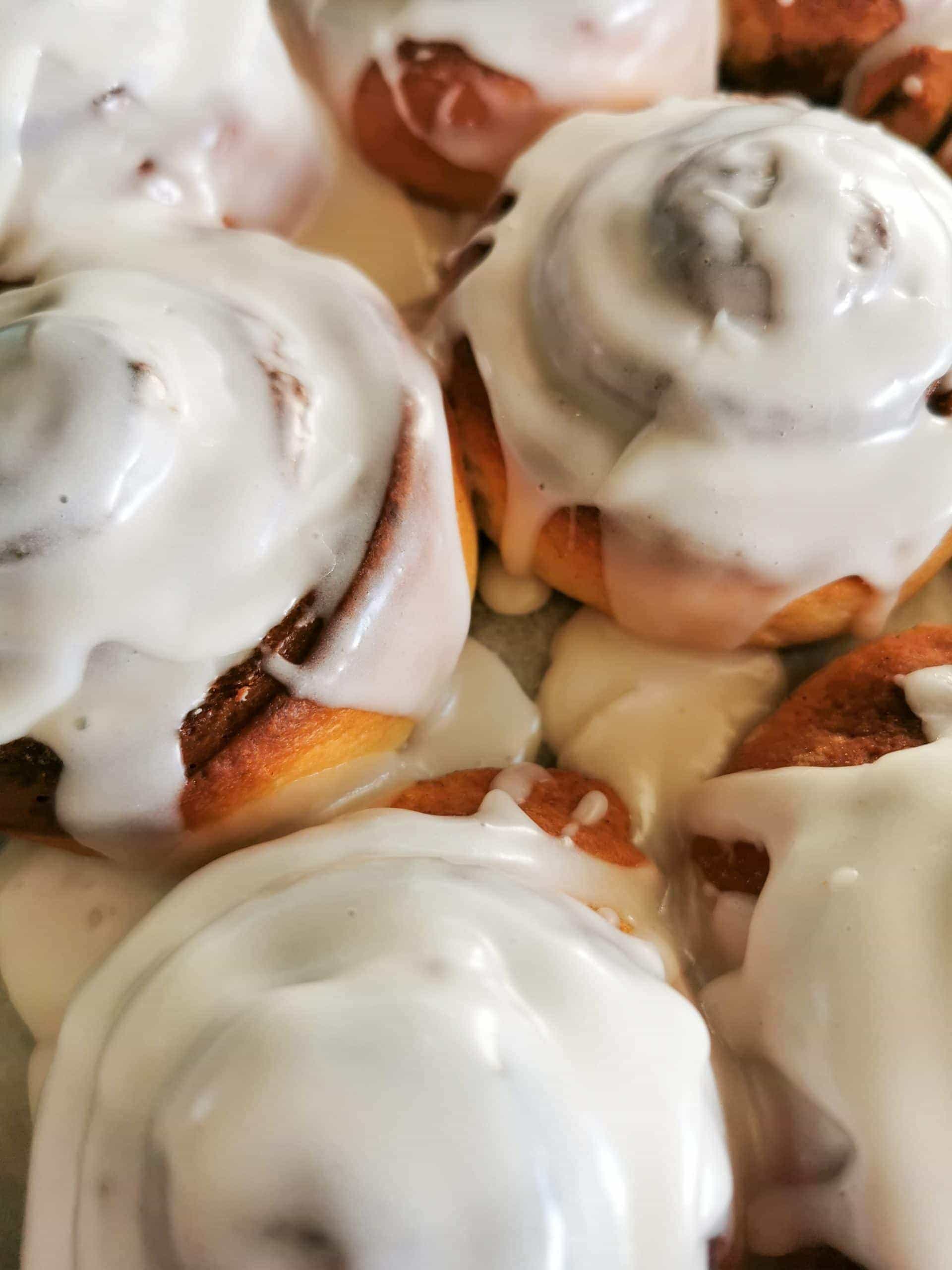 FOR THE CREAM CHEESE ICING GLAZE:

If you don't have or want cream cheese icing, you could make a vanilla glaze instead.

Just beat together 125g sieved icing sugar, 1 tsp vanilla extract and a tablespoon of milk until you have a smooth, not too runny icing. Pour over the rolls while they are still warm.

Delicious.. sweet cinnamon rolls with cheese icing.. am sure its savour and sweet 🙂

They look fab, totally put me in the mood for a cinnamon bun!

The dough is on the first prove. Rising nicely. Will report back after tasting!!

Woo hoo! Hope you enjoy them!

Thanks Sadia, they are really good!

They look amazing! Making me hungry just looking at them 🙂

These look so delicious! I have a kitchen aid food processor- can I do the dough in that?

Thanks Marilla! I’ve never tried making dough in a food processor – I use my KA stand mixer. I believe it can be done though!

I absolutely adore cinnamon buns. They’re my go too if they’re ever on offer in a bakery. Cream cheese icing is a new one on my, but I’m more than willing to give them a try.

Cinnamon buns are my favourite. I can never resist them. I like the cream cheese icing but I have to admit I prefer the vanilla glaze topping.