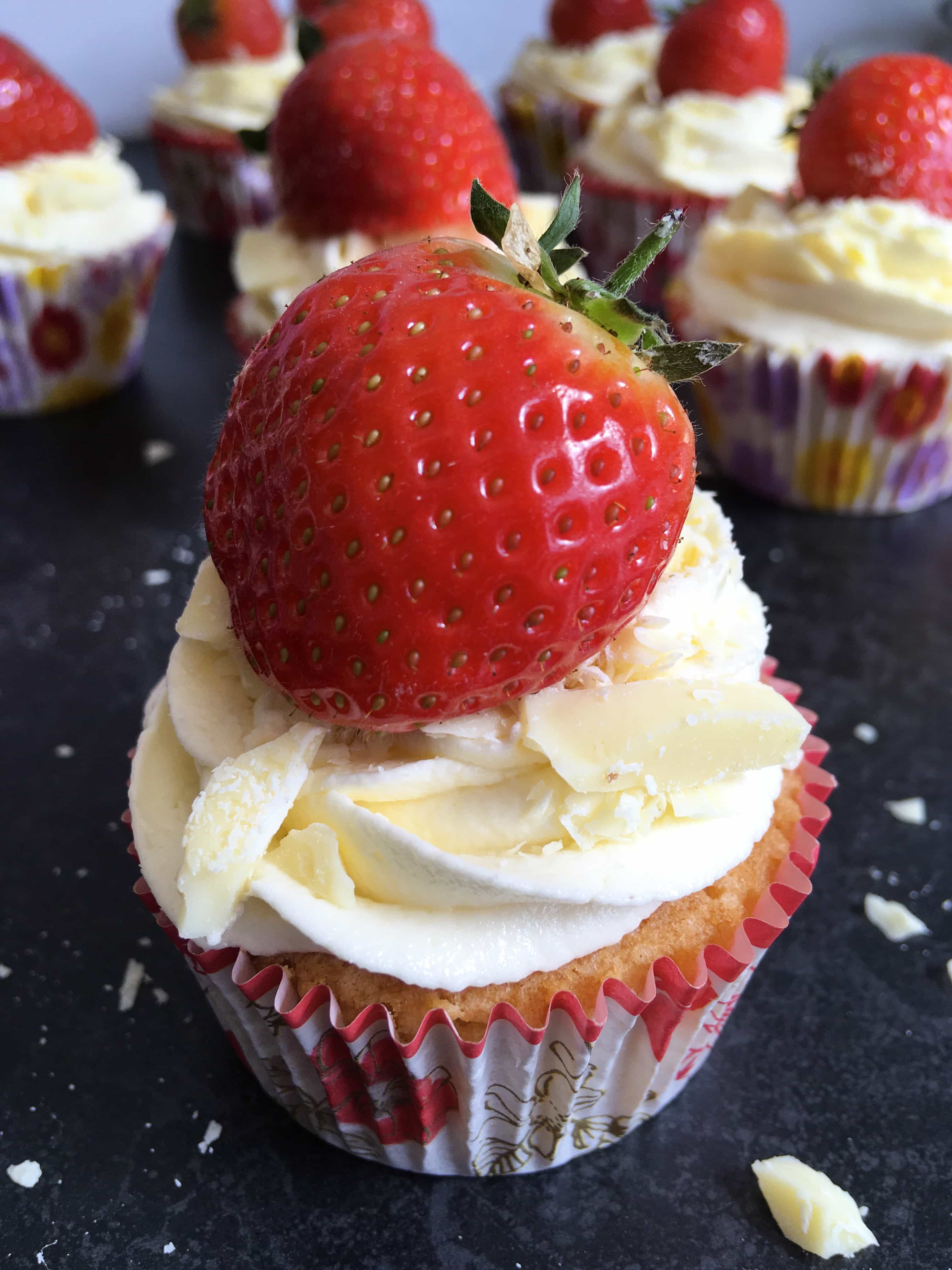 As far as cupcakes go, these are pretty simple. Simple is good right now. I’m a little bit exhausted at the moment. The wee man has just got over a nasty virus, his first molars are coming through and he appears to be going through the separation anxiety that can happen around his age. It’s almost like he can’t get close enough to me. ALL day.

If I dare to leave the room and leave him with anyone else for 30 seconds he screams his little heart out. I’ve done this enough times now to know it’s just a phase and will pass, so I’m just enjoying the extra cuddle time and ignoring the destruction around us that is my untidy home.

My older boys were complaining about the lack of baked goods in the house last week, so I rustled up these white chocolate and strawberry cupcakes to keep them happy. 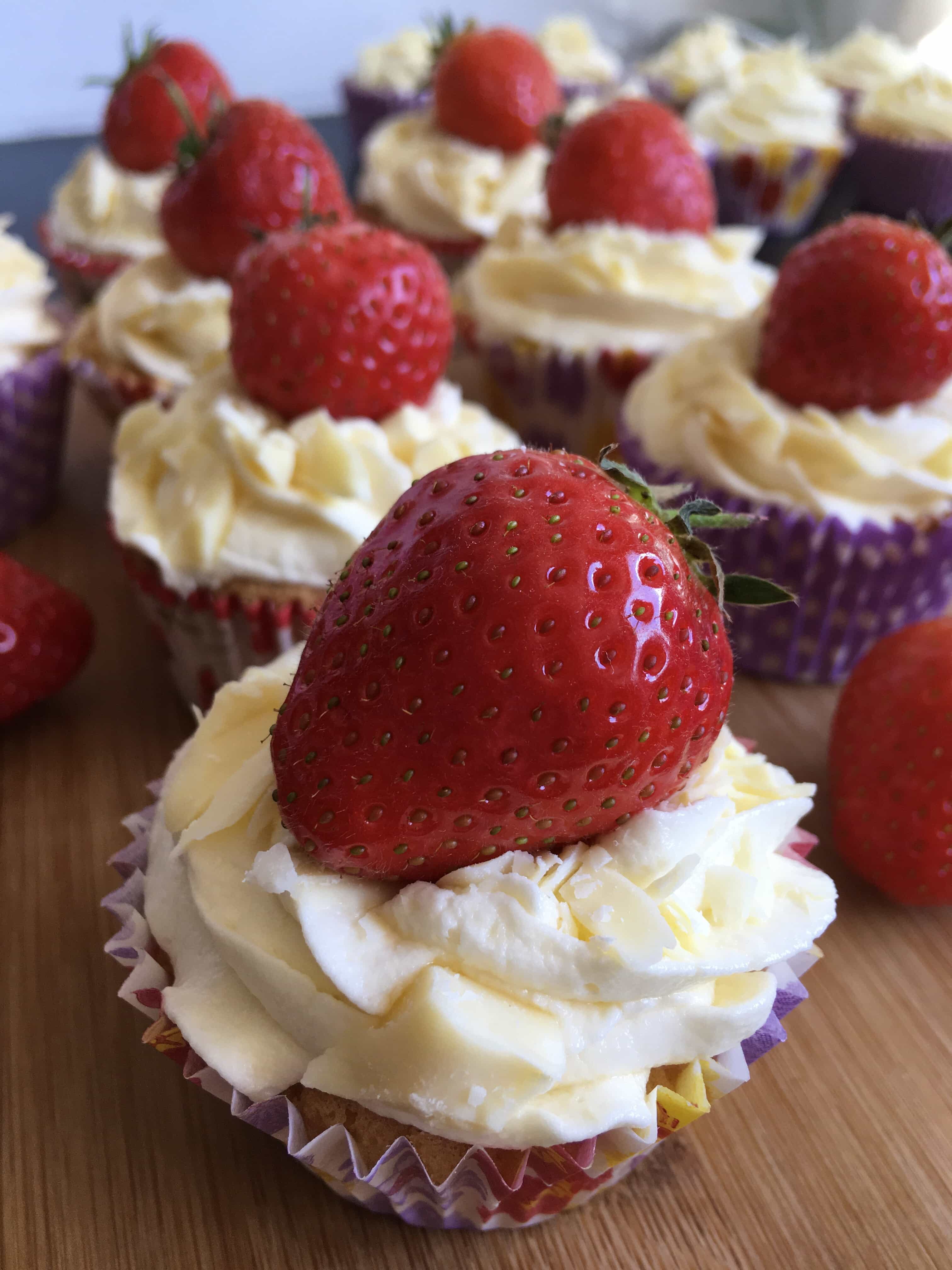 This vanilla cupcake recipe is a tried and tested one I blogged about a long time ago. It makes the best vanilla cupcakes I’ve ever tried so far. I only say so far because I’ve never been one to claim that recipes are “the best ever” purely because there are thousands of recipes out there and there are plenty of times when I’ve thought I’ve finally found “the best cupcake” or “the best chocolate brownie” recipe, only to find another recipe that beats it in terms of texture, flavour and taste. BUT whenever I need a good vanilla cupcake recipe, this is the recipe I turn to.

They are soft yet sturdy enough to hold up to decorating and adding sour cream to the batter ensures that the cakes stay moist and spongy for a good few days after baking.

It’s pretty adaptable – you can add lemon/orange zest, chocolate chips just like I have done or if you want to make chocolate cupcakes, simply substitute 25g of the flour for cocoa powder.

If you want to make these cupcakes even more indulgent, you could cut out the middle of each cake and fill them with a spoonful of strawberry jam… 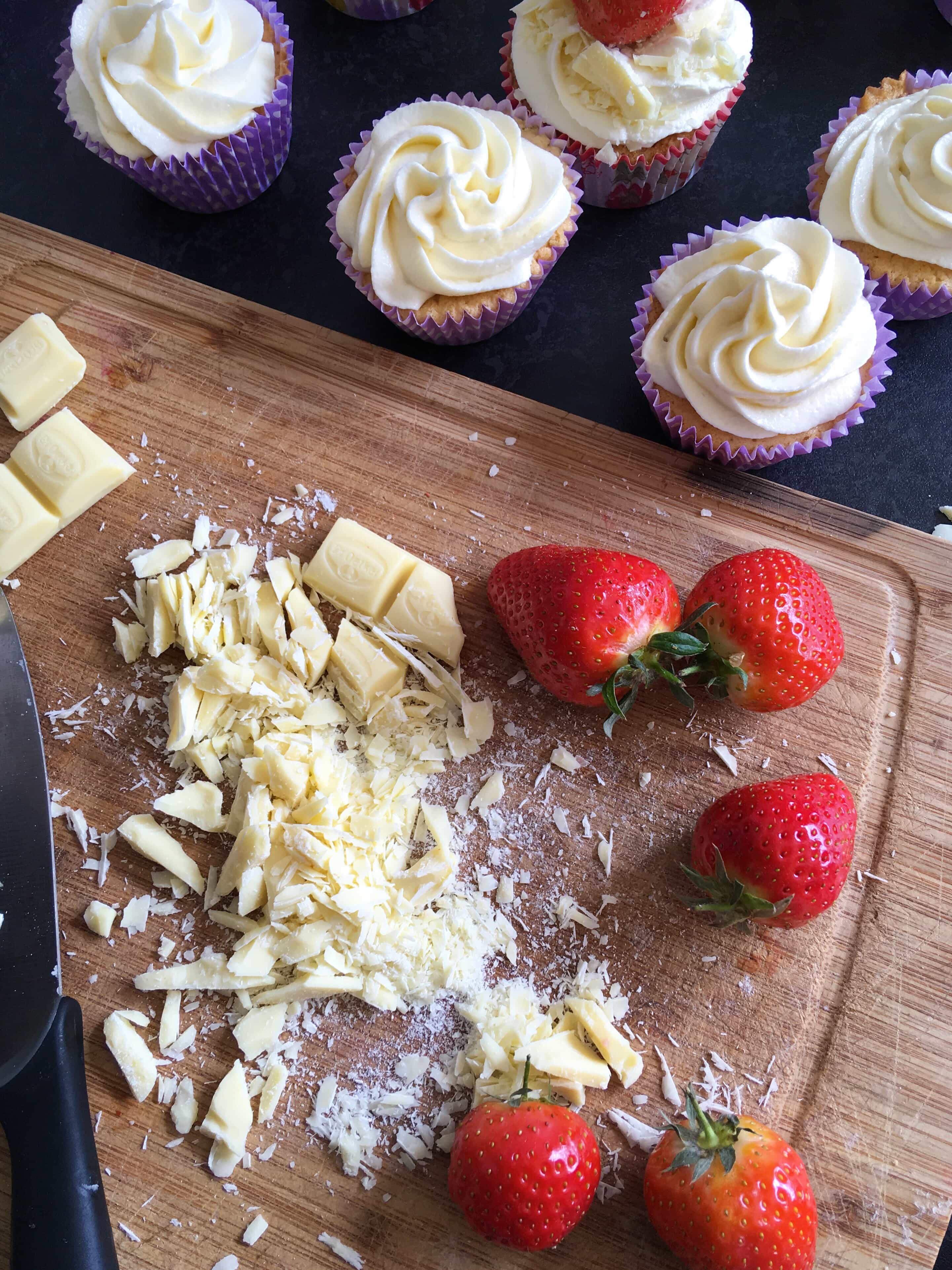 I used a Wilton 1m piping tip (open star) to pipe swirls on the cupcakes, then topped with white chocolate shards which I made by popping a block of white chocolate in the fridge until cold and firm, then I took a large knife and cut very thin shavings of chocolate from the block. Finish the cupcakes off with a fresh strawberry and enjoy!

why not pin these white chocolate and strawberrry cupcakes for later? 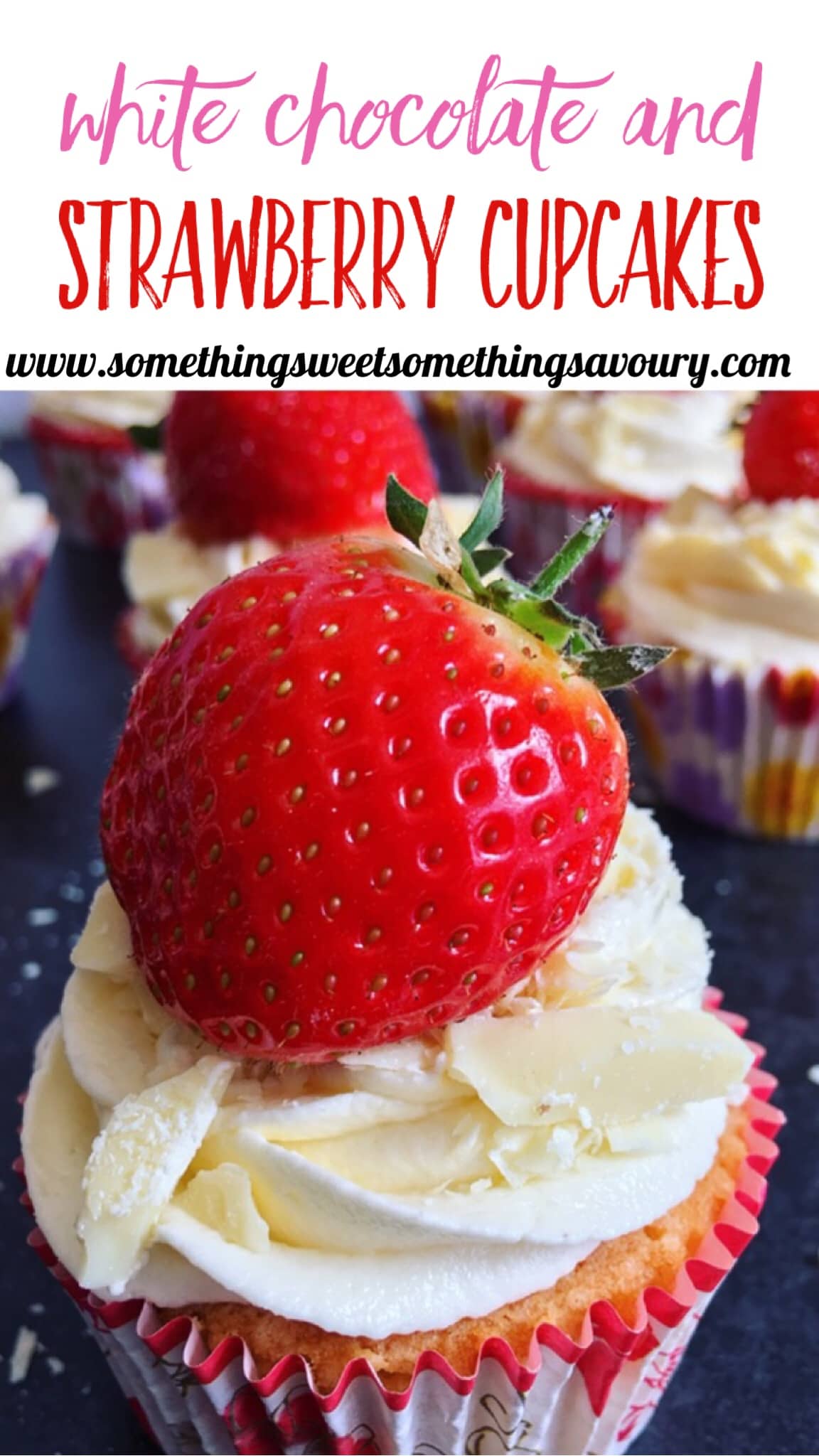 I shared these cupcakes with #CookBlogShare, hosted this week by Easy Peasy Foodie

Makes 12-16 cupcakes, depending on the size of your cupcake liners (if you’re using the large American style ones, you should get 12 cupcakes, but my cases were a little smaller.) In any case, you should fill the cases no more than two thirds full.

What a delicious treat for your children Nickki – I’m imagining that they got eaten pretty quickly with how good they look. Fab flavour combo 🙂 Thankyou for sharing with #BakingCrumbs
Angela x

You’re welcome Angela, thank you so much! They didn’t last very long at all ? xx

These do look delicious Nickki and lovely, juicy strawberries on top finish them to perfection, and that white chocolate buttercream, yum! My boys never last long without pestering me for baked goods, there must be something on the go at least once a week lol. Shop bought treats never quite cut it for them. 🙂 Thank you for sharing with #BakingCrumbs 🙂 x

Thank you, Jo! My pleasure ? Mine are the same – I’ll be baking for them again tomorrow morning! x