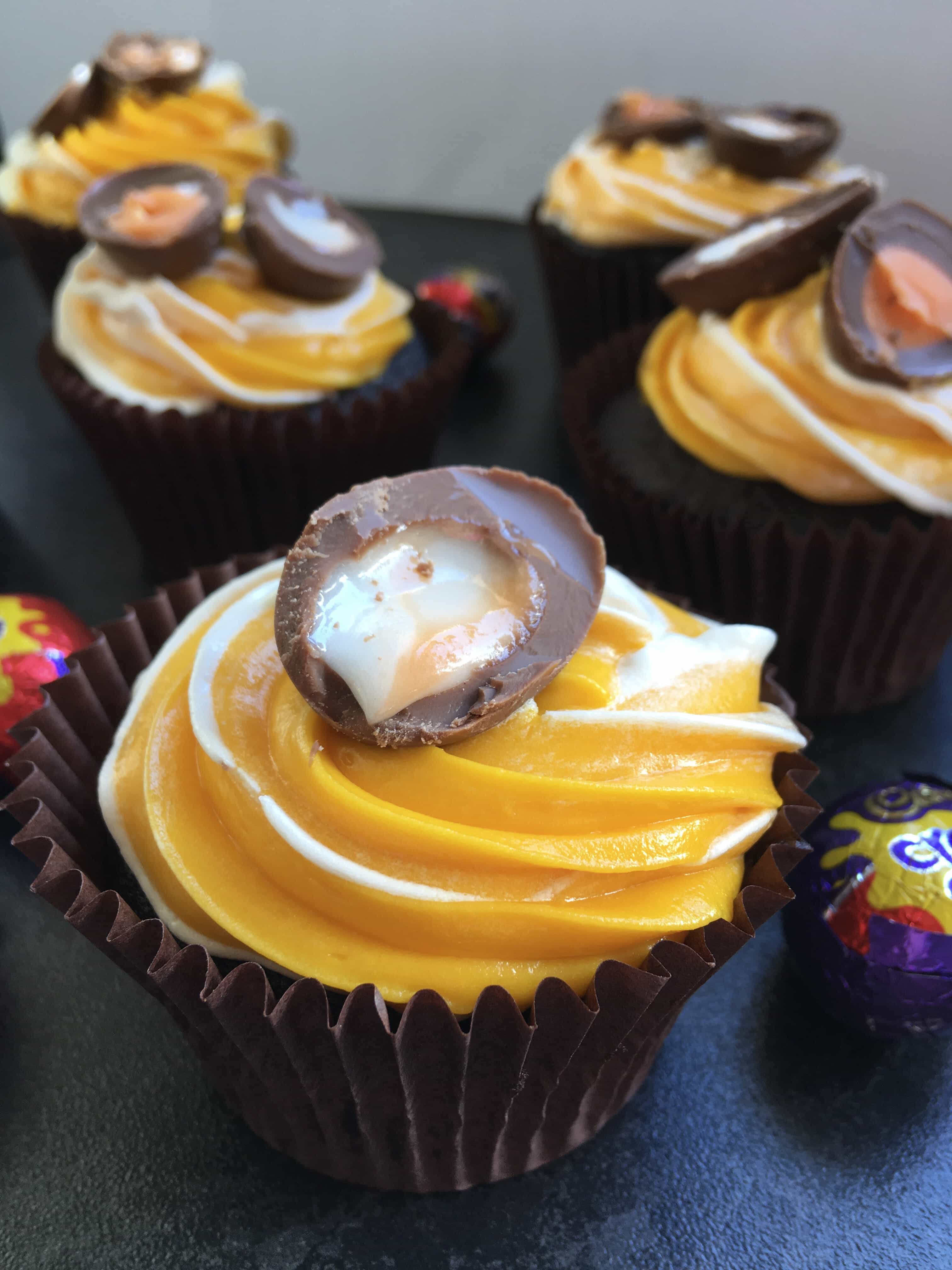 I’ve updated my Cadbury creme egg cupcake recipe for you all…just in time for Easter weekend! Don’t go saying I ain’t good to you all now…?

I first posted a creme egg cupcake recipe back in 2012 – it was actually my very first post! Have I really been blogging that long??

As good as those ones were, I actually prefer the updated recipe I’m sharing with you today.

So what about these cupcakes?

Well, the cupcake recipe is a rich Devil’s chocolate sponge which is complemented perfectly by a simple vanilla buttercream. Each cupcake has a surprise inside – a whole mini Creme egg! 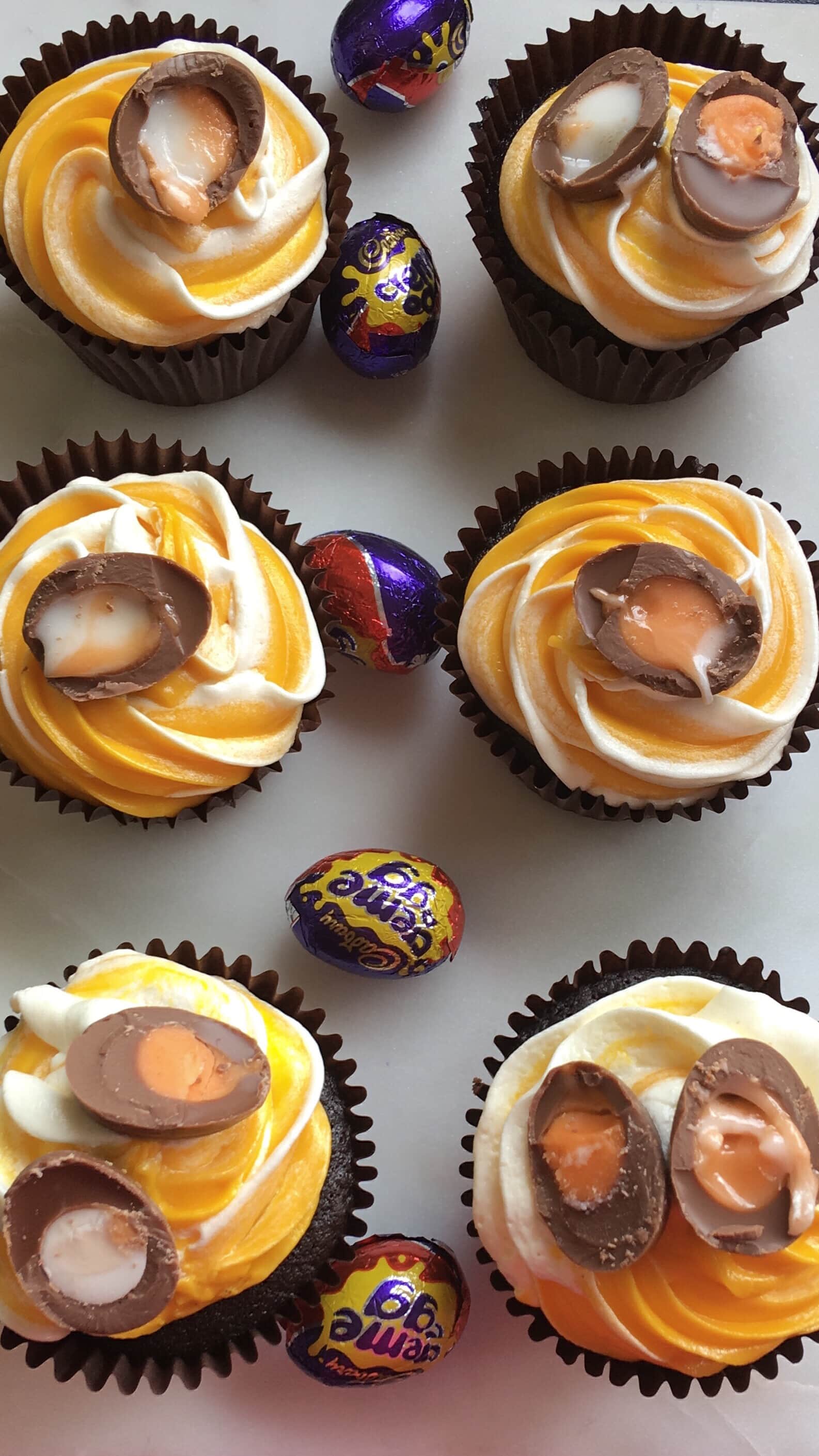 There are quite a few changes to the new recipe – the cupcake recipe itself is different, I’ve done away with the yellow fondant which I now feel is too sickly sweet against the richness of the chocolate cake, and this time I didn’t bake the creme eggs in the cupcakes, placing them in the cakes after they were baked instead.

You can absolutely choose to bake them inside the cakes if you prefer, but if you do I would recommend you freeze your creme eggs first.

And if you aren’t a coffee fan, fear not. These cupcakes will NOT taste of coffee!

The coffee merely enhances the chocolate flavour. But you can leave it out if you really want too.

I love these cupcakes – they cheer me up just looking at them! 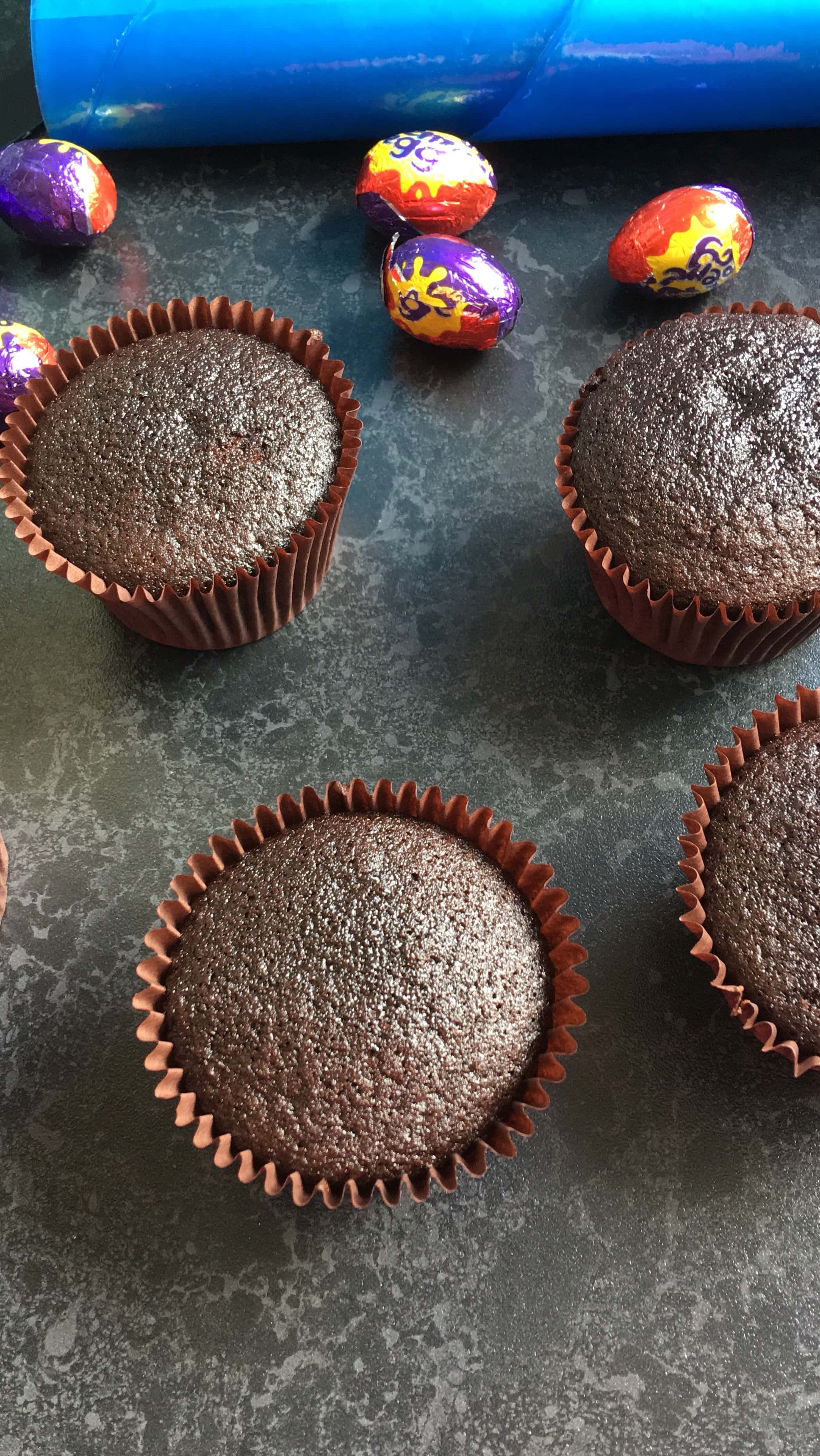 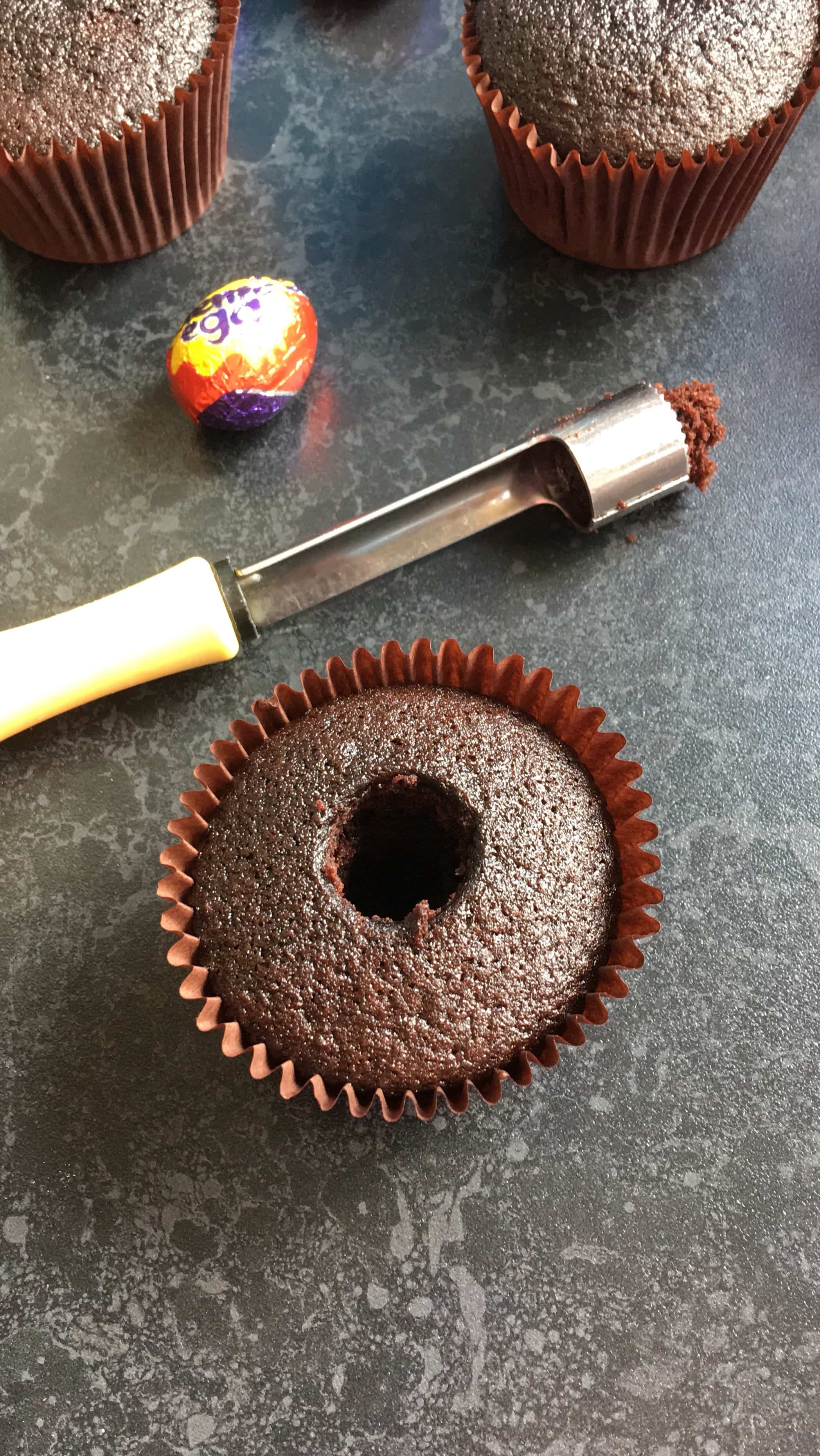 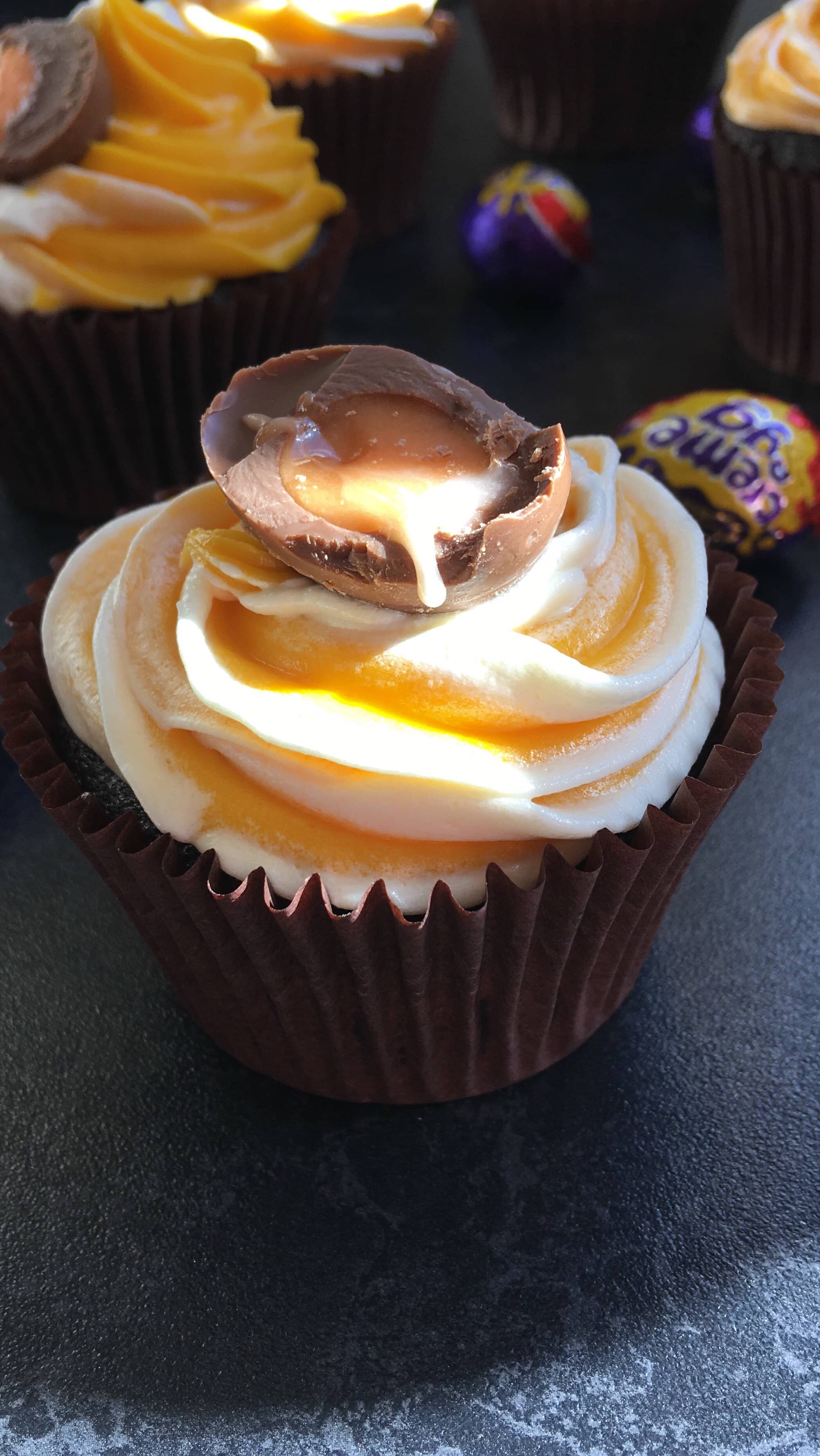 I really hope you love them! If you give these cupcakes a try this Easter weekend, let me know by leaving a comment!

Wishing you a very Happy Easter!

How long did the cupcakes take to bake Nic? They look lovely. Thank you hun, Happy Easter xx

What a great recipe to remake and re-shoot for Easter – they look so tempting and very indulgent (that’s good 😉 ). Thankyou so mych for linking up with #BakingCrumbs Nickki,
Angela x

Thank you very much! My boys really enjoyed these ? they didn’t last long, so that’s always a good sign! x

not only do these sound delicious, they look so appealing too.The yellow swirls in the frosting is so pretty. yum thanks for sharing with #Bakeoftheweek x

These look so amazing!!

These are the absolute epitome of Easter! What a lovely way to include these classic Easter treats in a pretty little cupcake.

Thanks so much Janice!