This bacon wrapped rolled turkey breast with apricot and cranberry stuffing is a perfect, budget friendly solution for a small Christmas or Thanksgiving family feast. 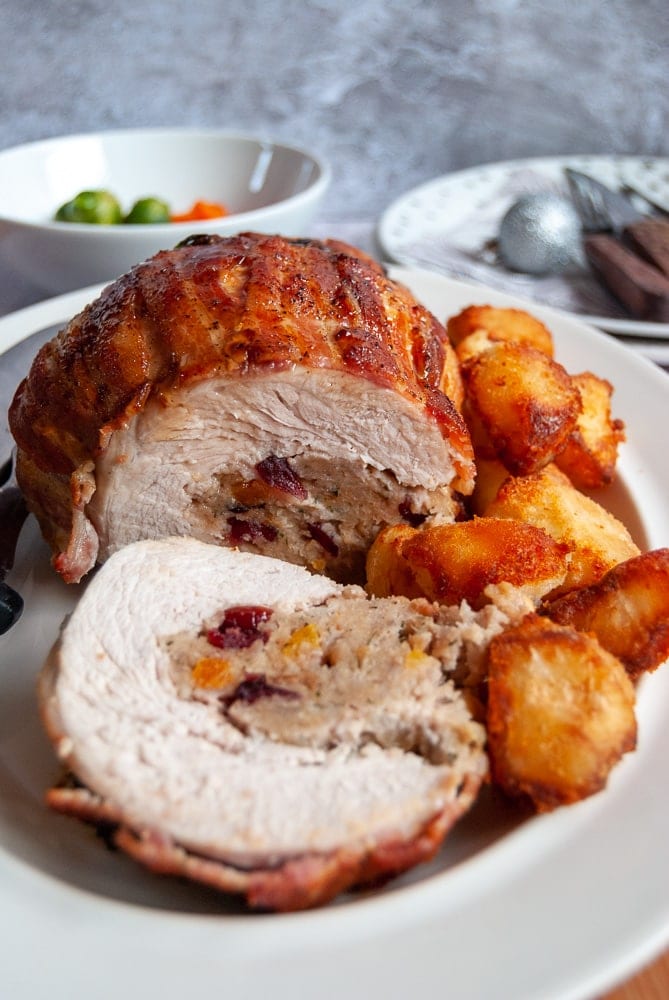 When it comes to Christmas, I’m a traditional girl at heart – I’ve got to have a turkey with all the trimmings. I LOVE it.

As much as I’m a massive fan of a Brined turkey crown – I do make one almost every Christmas – sometimes I just want something even easier!

After all, we’ve got more than enough on our plates this time of year, wouldn’t you agree?

Or maybe you have a small family and would rather not live on turkey sandwiches and curry for days on end.

A rolled turkey breast is the solution!

This rolled turkey breast with apricot and cranberry stuffing looks stunning but it’s so simple to make!

You could use this recipe for sausagemeat, sage and cranberry stuffing instead if you like.

how to make this rolled and stuffed turkey breast

(Ingredient amounts and detailed instructions are in the recipe card at the bottom of the post!) 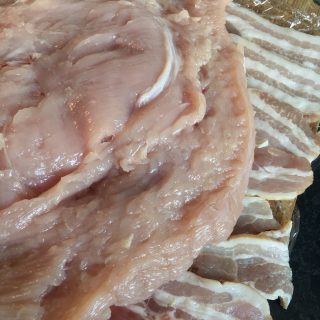 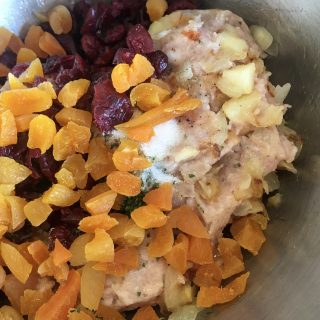 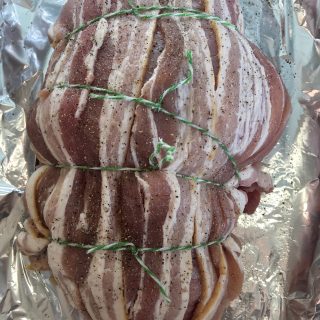 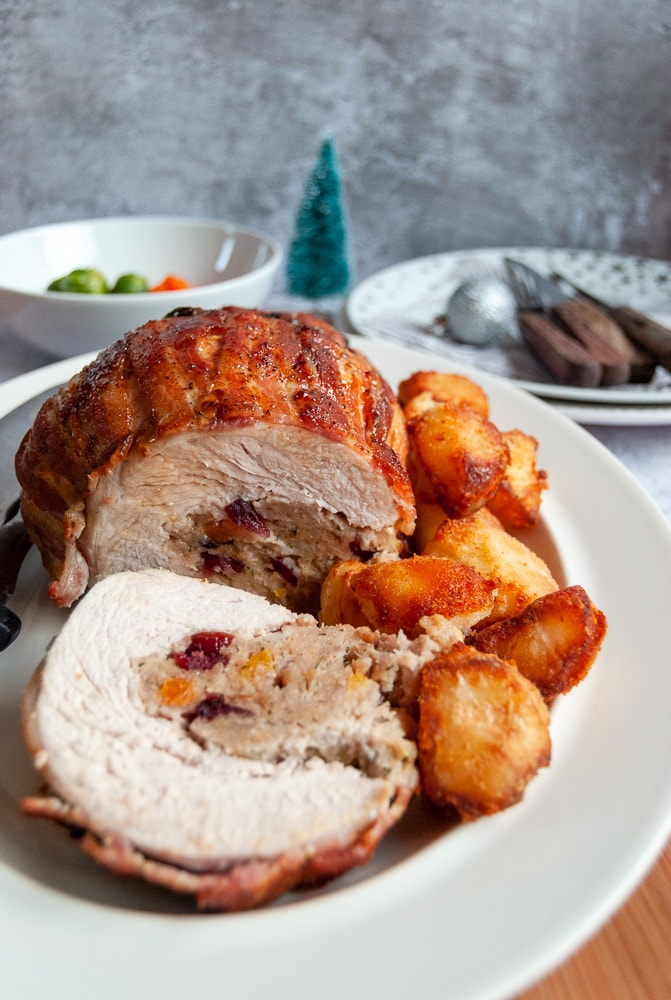 can you make a rolled turkey breast with stuffing ahead of time?

Yes! You can make this recipe the day before you intend to serve it – stuff the turkey breast with the sausagemeat, cover well and place in the fridge.  A great time saver!

You could also freeze the turkey breast at this stage if you wanted – just as long as none of the ingredients were prevously frozen.

Wrap the stuffed turkey in a double layer of cling film or a thick freezer bag, seal well and freeze for up to two months.  Defrost in the fridge overnight before cooking.

what to serve with this rolled and stuffed turkey breast…

pin this recipe for later…

Did you make this rolled turkey breast with apricot and cranberry stuffing? Let me know how you got on with the recipe by leaving a comment below.

If you would rate the recipe out of 5 by clicking on the stars in the recipe card, I’d really appreciate it.  Thank you!