These Guinness Brownies with salted caramel Baileys glaze have a rich, fudgy, truffle like centre – take these to a St Patrick’s Day party and watch everyone drool! 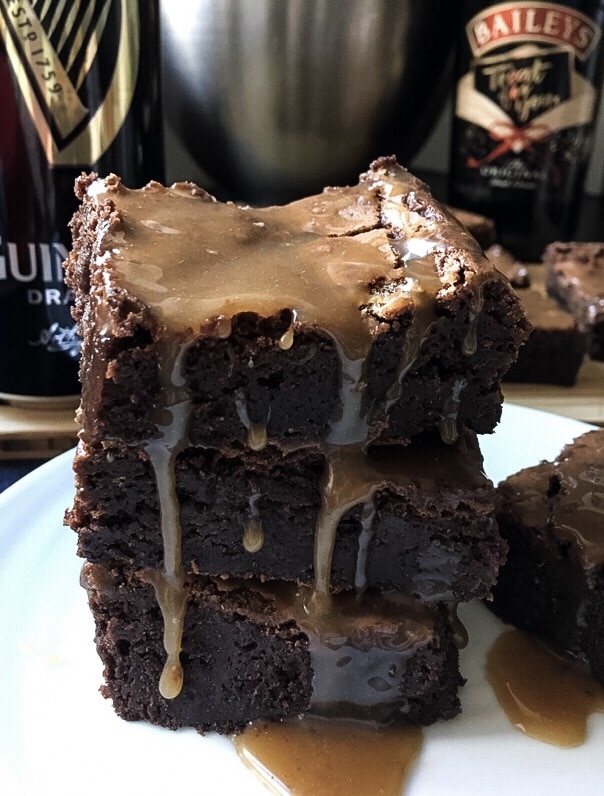 I hadn’t intended to bake any special for St Patrick’s Day, but when I saw this brownie recipe from Bakerchick I just knew I had to try my version of them this weekend.

So..what could be more fitting for St Patricks’s Day than these fudgy Guinness brownies with salted caramel Baileys glaze?

Baker chick’s version of the recipe uses whisky in the glaze, but I didn’t have any. I always have a bottle of Baileys in the cupboard though, so I thought that would be a perfect substitute. It was such a good decision!

So here is my version of the recipe. They are without a doubt the most decadent brownies I’ve ever made.

If you love really fudgy brownies and think cakey brownies should be illegal, then this is the recipe for you.

In my opinion, the glaze is the star of the recipe. It’s sweet, salty & the Baileys and Guinness reduction (don’t be alarmed, it’s not complicated to make) comes through but it isn’t overpowering. It’s a major treat in itself.

I can only imagine how insane it would be poured over ice cream. This could be addictive..

If you don’t like Guinness and therefore think you won’t like this recipe, let me reassure you that I cannot stand beer of any kind yet I love these brownies. Just like the chocolate Guinness cupcakes with Baileys buttercream I posted yesterday, you would be hard pushed to detect the Guinness.

There is definitely a hint of chocolate malt flavour though so if that’s your thing, these will be right up your street.

I won’t lie, there are quite a few steps to making these brownies – but they are so worth it!

If you’re looking for a fabulous dessert to bring to St Patrick’s Day party, these brownies are perfect! 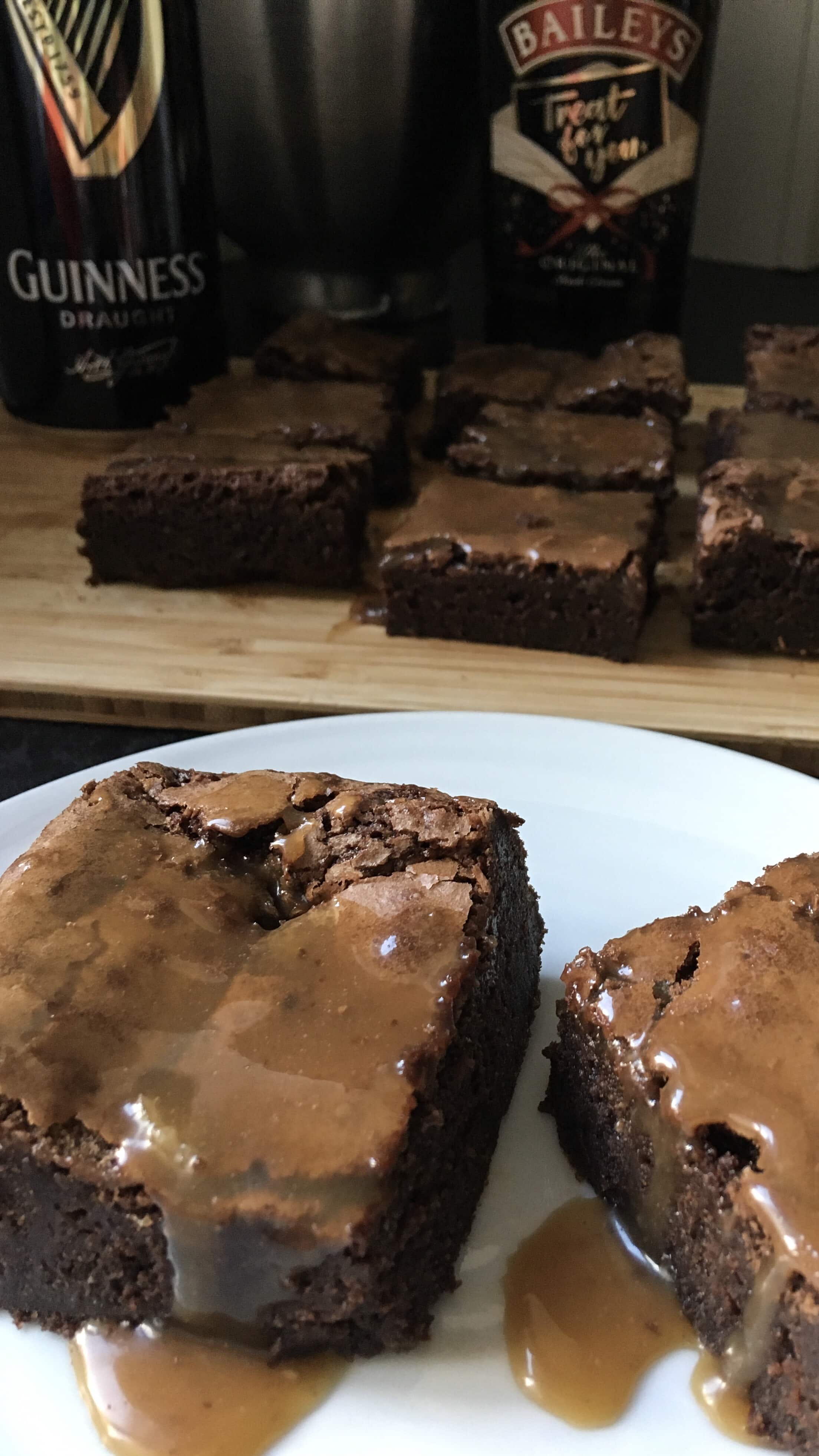 want to see more brownie and bar recipes?  Check these out…

pin this recipe for later…

For the salted caramel Baileys glaze

Preheat the oven to 180C/160fan/350f. Line a 20x20cm baking tin with baking parchment, leaving an overhang so you can easily lift the brownies out later

Bring the Guinness to a boil in a small sauce pan, cook until reduced to just under 3 tablespoons worth (50ml). This will take around 5-10 minutes. Don’t walk away from the stove or you will end up with Guinness toffee. I’m speaking from experience! Let cool. (Reserve 1 tablespoon of Guinness reduction to use in the caramel sauce.)

Stir the chocolate and butter in a medium heat-proof bowl set over a saucepan of simmering water until melted and smooth. Take off the heat.

Adapted from a recipe by The Baker Chick

Looks wonderful. Next year I am getting more Guinness and a bottle of Bailey’s. Too many wonderful recipes!

Same to you! Hope it’s a great one for you 🙂

NickkiT
Reply to  the caked crusader

Thank you 🙂 They are so worth trying.

Absolutely divine! do you have any leftovers…. i would love to try them 😀

Chocolate Guinness Pudding | My outside opinions

Oh, how did I miss this one!? I won’t be able to wait for next year’s St. Patrick’s Day celebration to make these?

Thank you! They really are too good to have only once a year, I must admit ?

What a privilage to be a work colleague of this AMAZING lady. Thank you so much xx

The brownie recipe calls for “dark chocolate.” Is that sweetened or unsweetened?

Hi, you need a chocolate with a minimum of 52% cocoa solids.