This No Bake White Chocolate and Raspberry Cheesecake is so creamy and delicious! Buttery biscuit base, creamy vanilla white chocolate filling and bursts of fresh raspberries! It’s a fabulous choice for a celebration dessert. 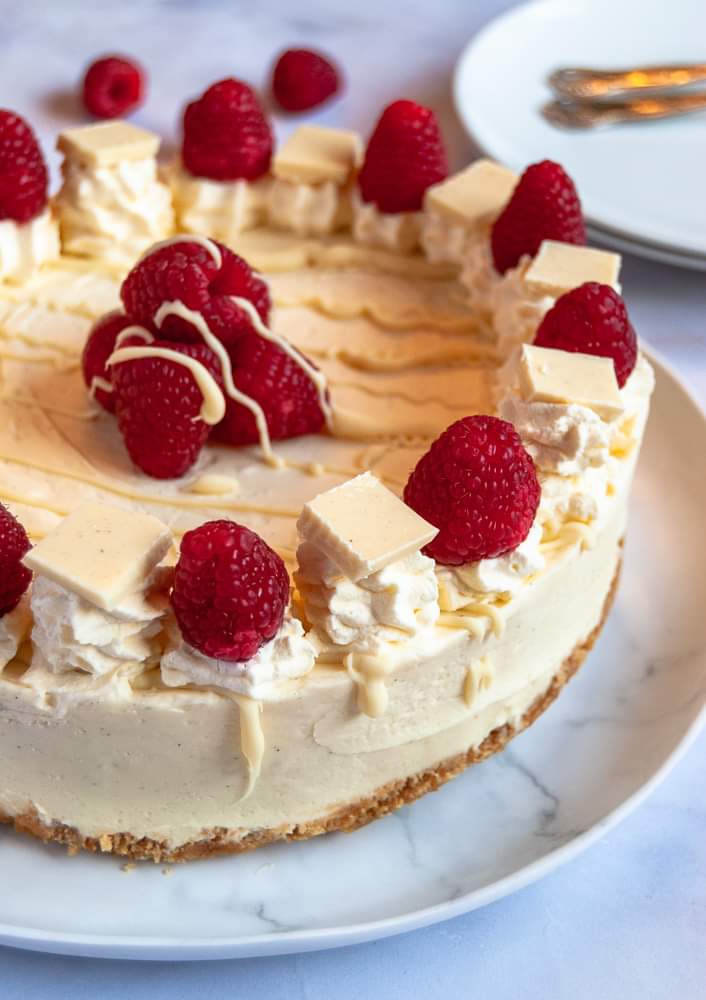 As much as I love baking, there’s one dessert that totally has my heart – and that is the no bake cheesecake.

They are just so easy!  I can’t think of a better, easier make ahead dessert.

They are particularly handy for making ahead of time – they keep well in the fridge for a couple of days, so it’s a perfect choice if you’re short on time.

But having said all that, I have heard of a few people running into problems when making a no bake cheesecake – particularly issues with them not setting or being lumpy!

So I’m going to share my top tips on how to make the perfect no bake cheesecake.

I’ve made (and eaten!) more than a fair few cheesecakes in my time and I’ve made the mistakes in the past and learned from them, so you don’t have to! 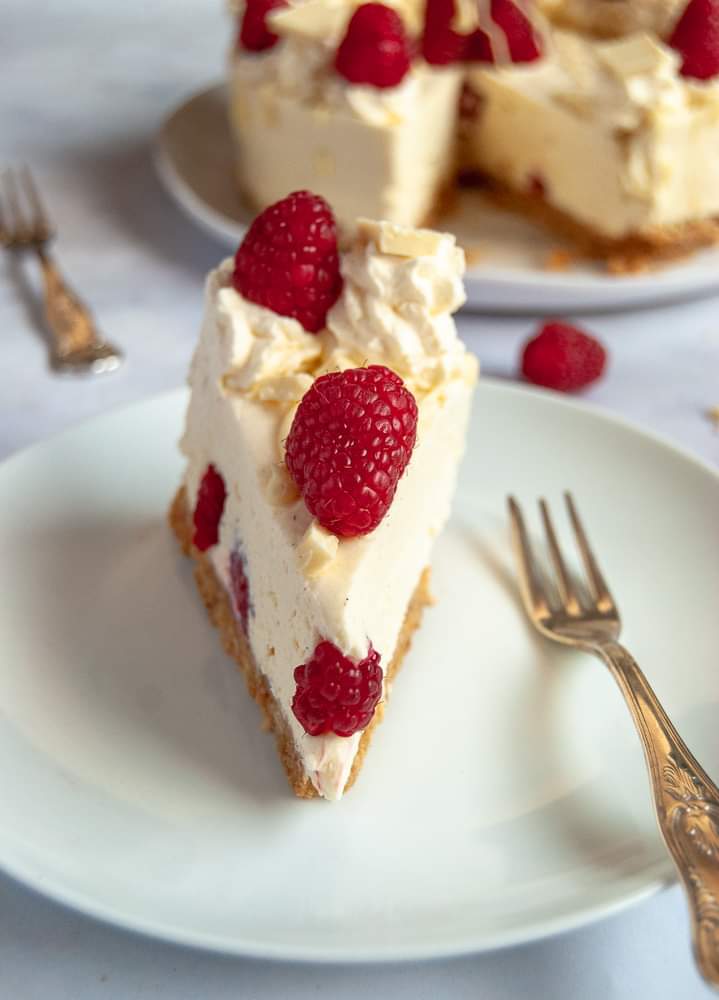 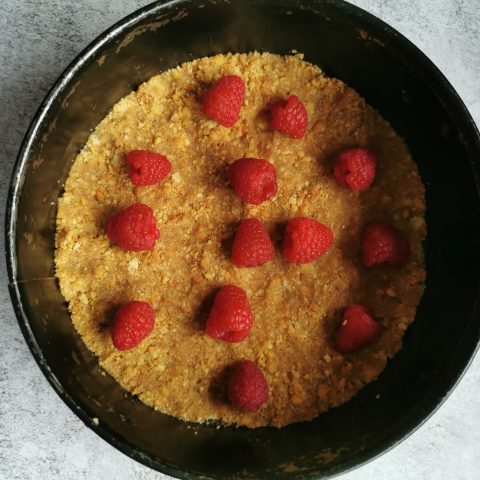 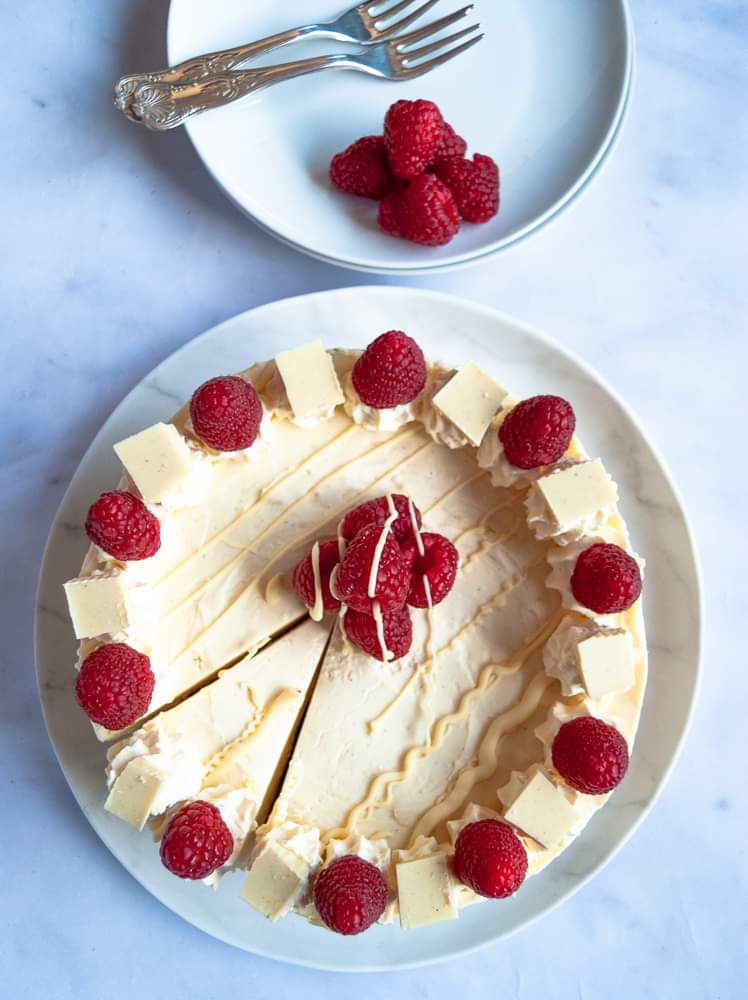 I hope you loved it! Let me know what you thought by leaving a comment below – and if you would rate the recipe out of 5 by clicking on the stars in the recipe card, I would really appreciate it.  Thanks!

For Decorating the Cheesecake:

The cheesecake will keep for up to 3 days in the fridge, although I've never known it to last longer than a day in my house.....

Important! Please make sure the melted white chocolate has cooled before you add it to the cream cheese mixture, or it will almost certainly curdle.

Oh I do love a good no-bake cheesecake. I’m rubbish on the presentation side though as I’ve always been too scared to use a springform tin as you suggest. Yours looks spectacular though and sounds delicious, so I might just have to be brave.

If I can do it then you definitely can. You should give it a try! I know what you mean about being scared, but the more you make them the Braver you become!