Soft, fluffy apples coated in a toffee sauce and topped with a buttery, crunchy, oaty crumble.  This Toffee Apple Crumble is the perfect cosy Winter pudding!  Serve warm with ice cream or custard. 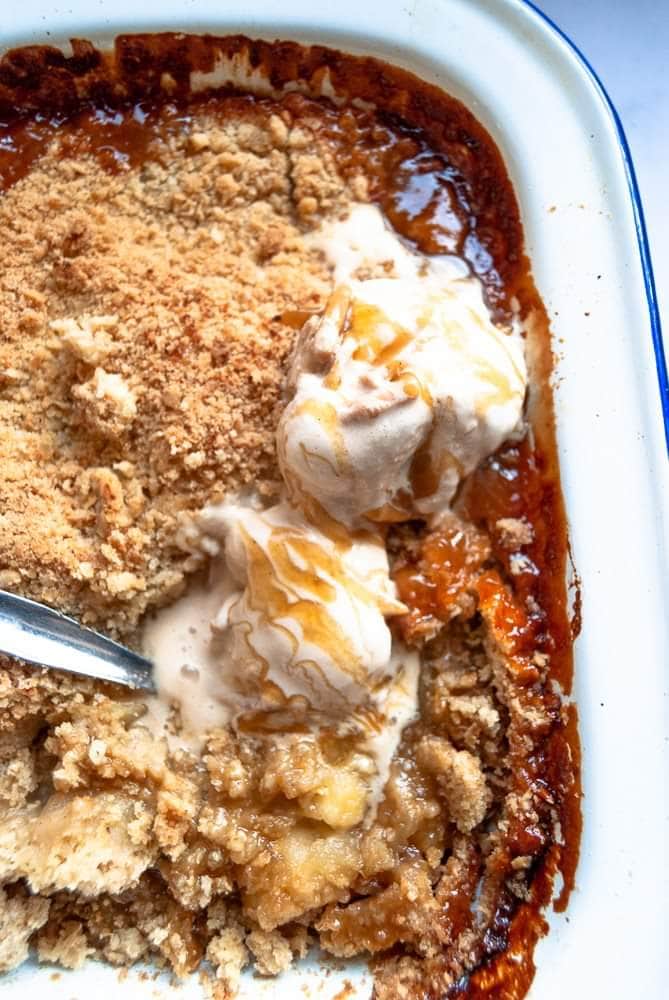 I am all about cosy comfort food at this time of year! I’m talking about hearty, warming foods like stews, hot soups, pies and fruit crumbles.

This toffee apple crumble definitely falls into that category.  Soft and fluffy apples drizzled with a luscious toffee sauce, topped with a buttery oat crumble.  Are you in? Let’s do this!

for the toffee sauce:

For the crumble topping:

for the apple filling: 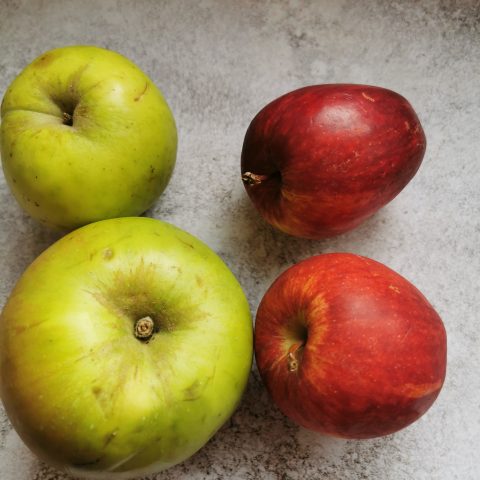 how to make a toffee apple crumble 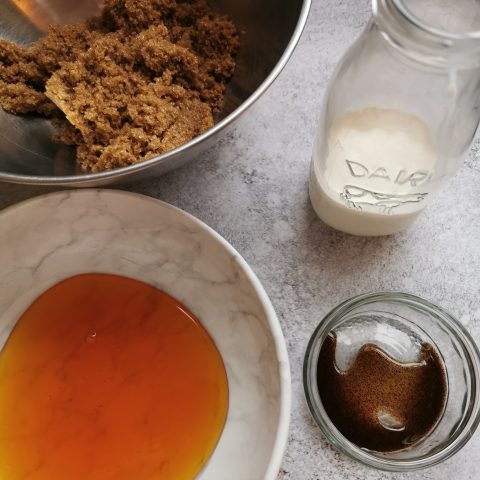 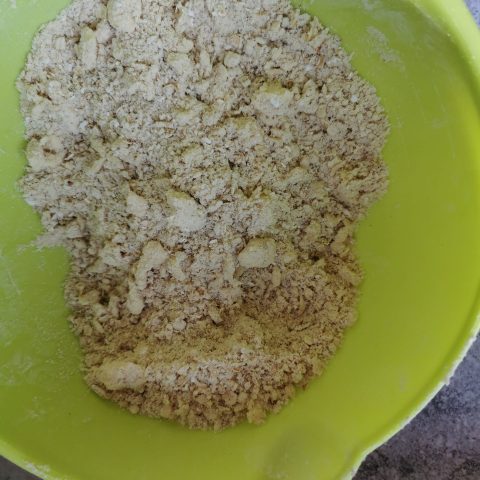 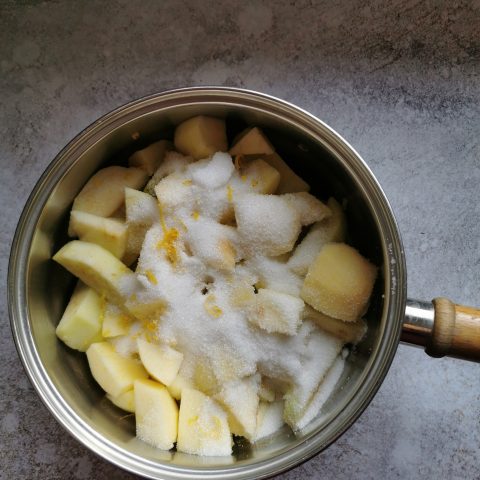 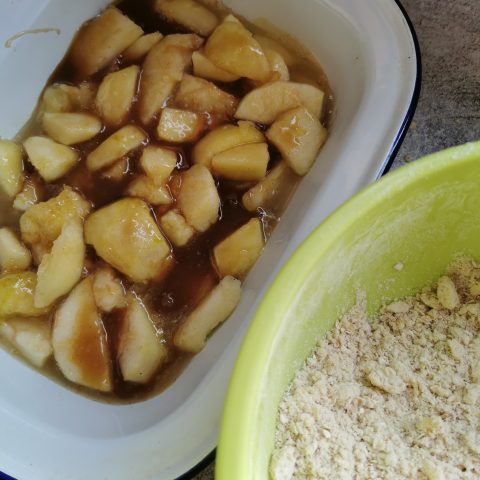 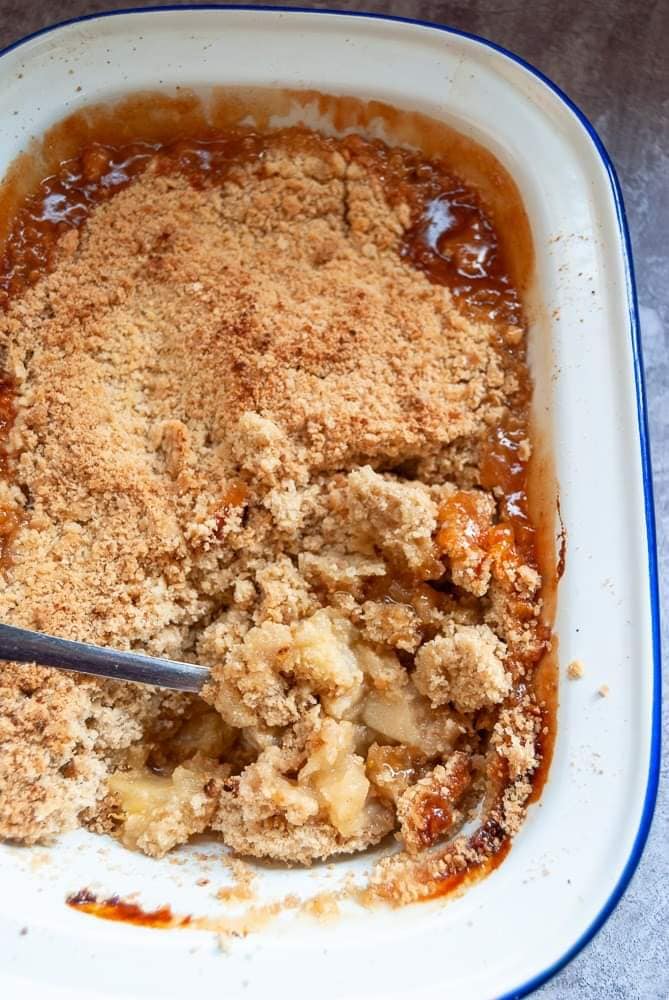 I’ve been known to eat cold crumble leftovers for breakfast.  I highly recommend it! 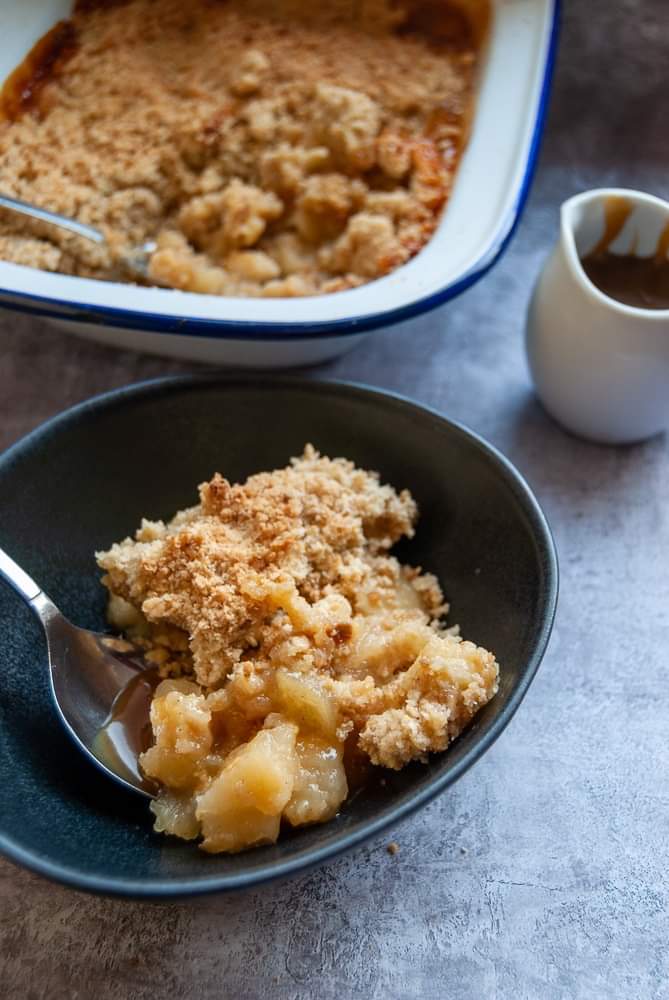 Looks awesome. I will be making this one soon. Thanks for sharing!

You’re welcome 🙂 Hope you give it a try. Let me know how you like it!