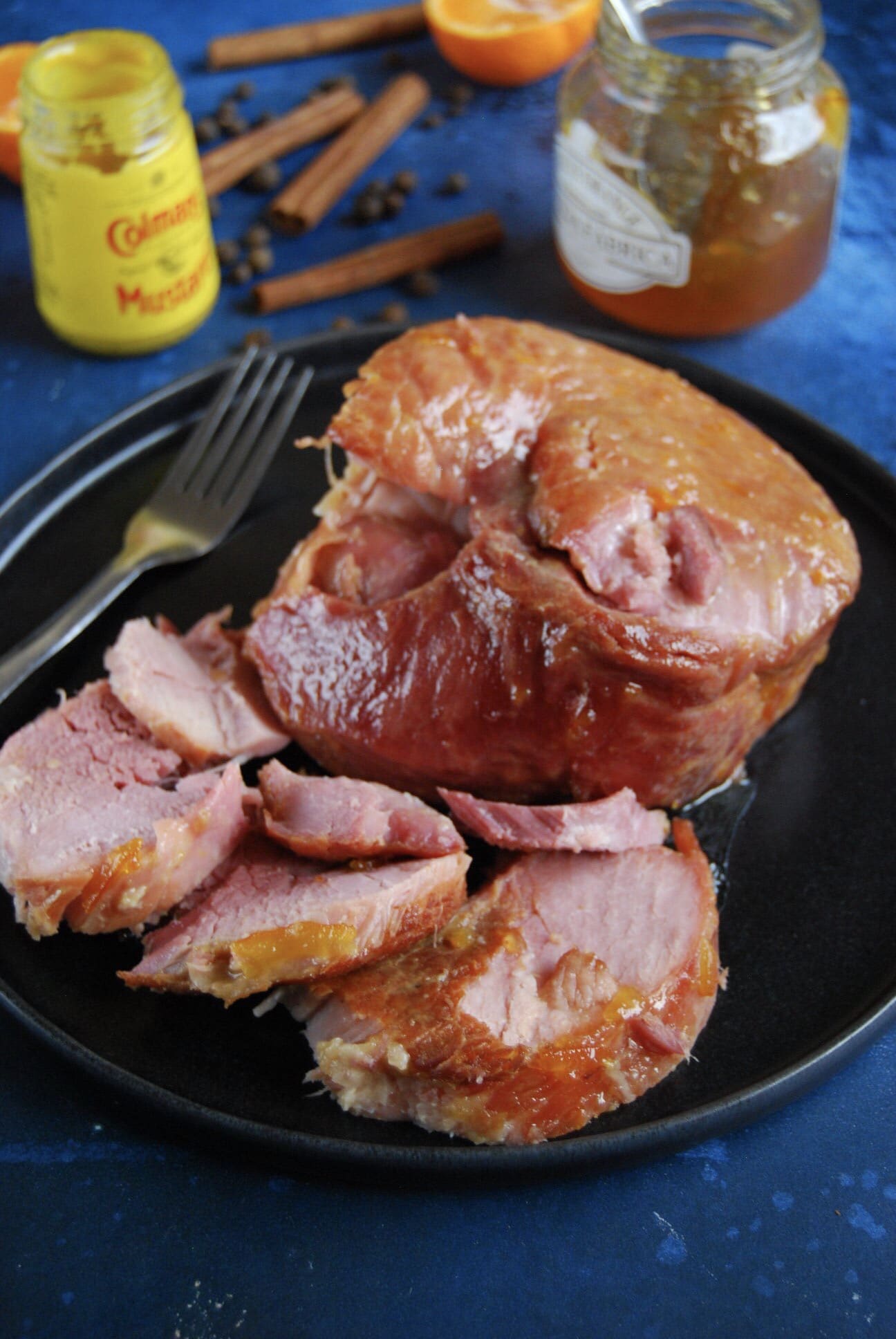 I couldn’t contemplate Christmas without a ham.

It’s such a versatile meat that goes with practically anything – whether it’s part of a slap up roast dinner with roast potatoes, cauliflower cheese or my Christmas spiced red cabbage and roasted veg, served alongside a creamy potato gratin or just good old ham, egg and chips!

I cook a ham every Christmas simply because we all love it, but it’s mainly for my number two son who doesn’t do turkey. Not that I mind in the slightest! I look forward to using up the leftovers just as much as I enjoy Christmas dinner.

One of my Boxing Day rituals include making us HUGE turkey, ham and stuffing club sandwiches for lunch.

They are EPIC and keep us going for the rest of the day. A couple of slices of this sweet, sticky glazed ham really takes the sandwich to another level. My mouth is watering just thinking about it! 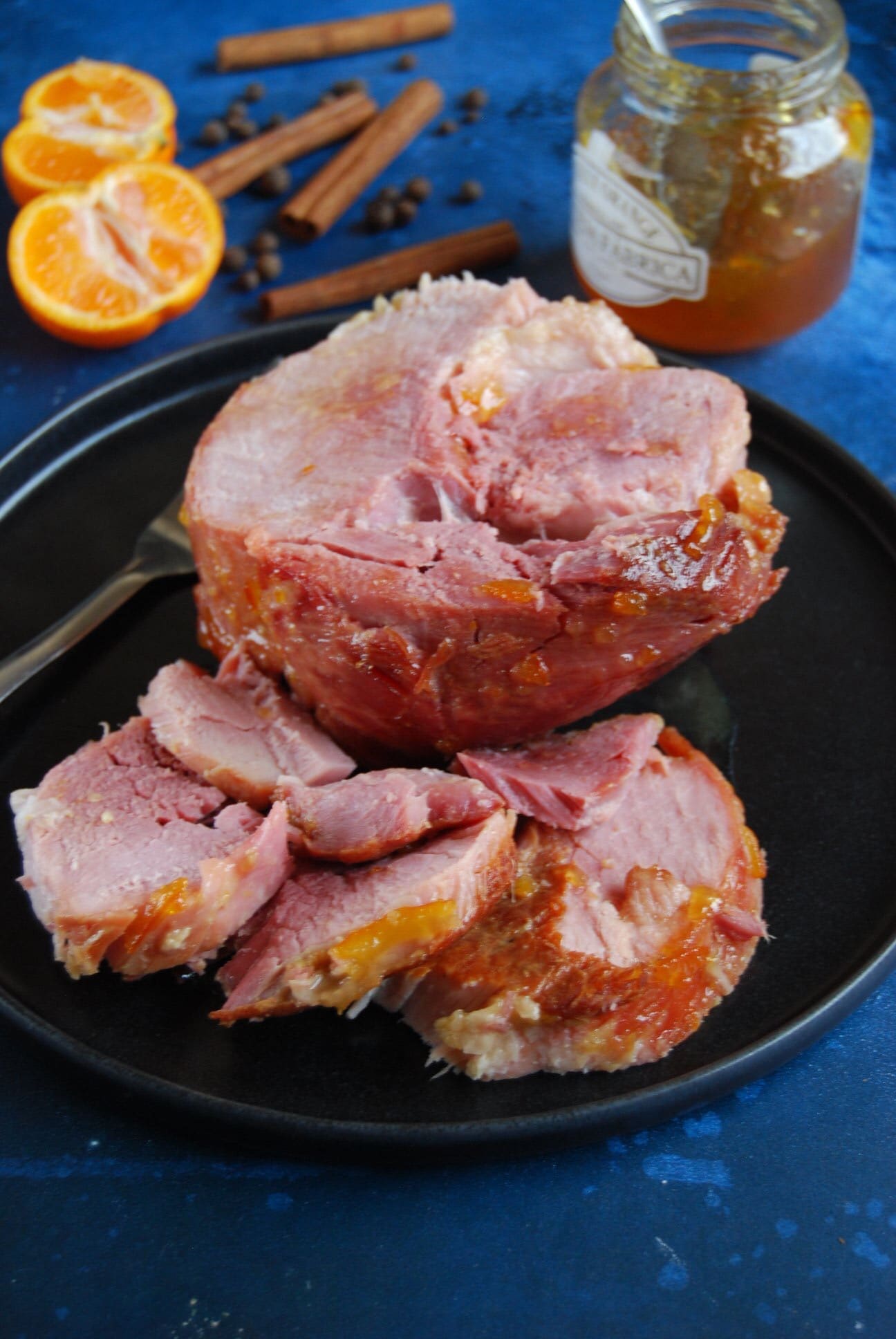 I’ve included instructions for cooking the gammon on the hob, slow cooker and Instant Pot.

This Christmas I’ll definitely be going for the Instant Pot method to free up much needed hob space.

One piece of advice – although you could glaze the ham in the Instant Pot, I believe you get a much better result doing it in the oven.

The heat of the oven gives you a beautifully burnished, sticky glaze that the Instant Pot just can’t replicate in the same manner.

The gammon joint I used for this recipe makes enough for about 6-8 people.

If you have a larger piece then you’ll need to adjust the cooking time – the general rule of thumb is 30 minutes for every 450g (1lb) on the hob. 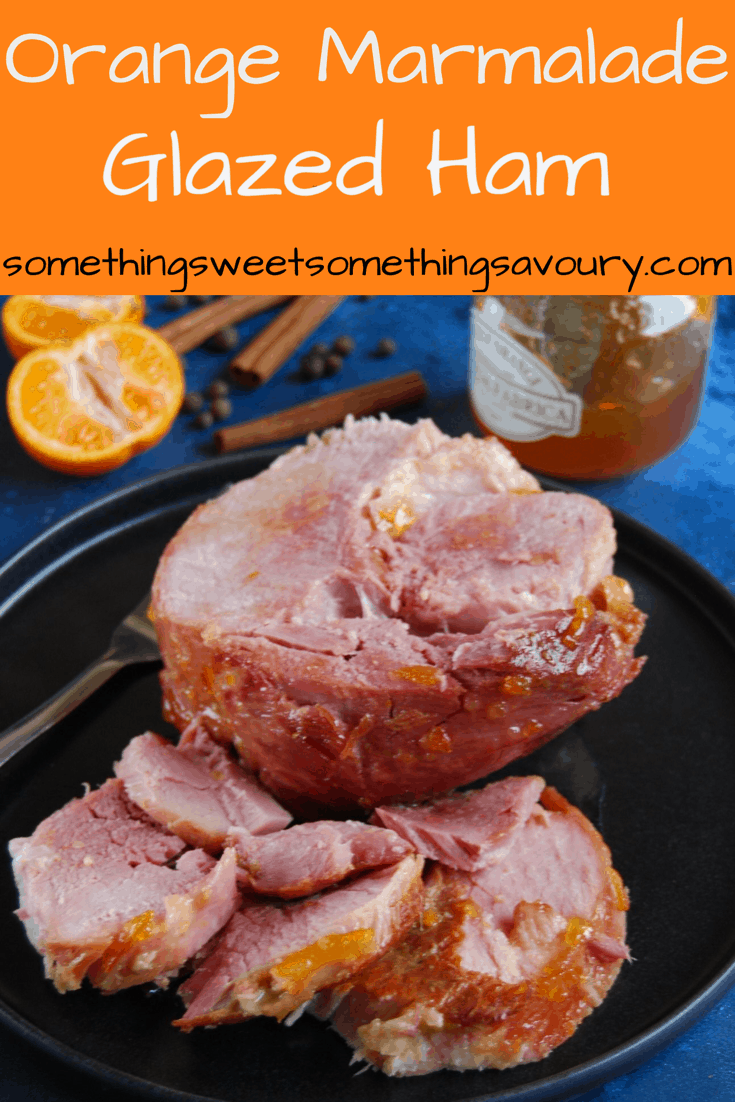 Im with you in that we have to have a ham at Christmas and like you I often do an orange marmalade glaze. I havent cooked it in the Instant pot before though and I have one so thanks to you I will be trying it this year. I’ve printed out the recipes already. Thank you for linking up to #CookBlogShare

You’re very welcome Jacqui – I hope you enjoy the ham! ?

This looks absolutely delicious. I agree, ham is essential at Christmas and my mouth is watering looking at yours!

Your ham looks lovely and moist! I love a homecooked ham at Christmas time – so much better than any bought sliced ham you can get.

Thanks Corina – I agree, homecooked ham is in a league of its own!